Pandemic Piracy - What the Data Tells Us About Illegal Software Usage

If there’s one thing to be learned from the past year, it’s that change can happen faster than expected. Roll back just over 12 months and it would have been hard to believe that many companies in different industries would move to a remote working model, with a large majority of employees working from home. With so many workers accessing corporate networks remotely, piracy is an even bigger risk […] 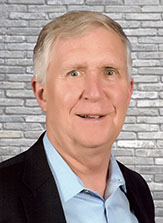 Preview: Bob Smith, executive director of the ESD Alliance, a SEMI Technology Community, will be presenting at the Cylynt Software Monetization and Anti-Piracy Summit on October 28-29, 2020. In this blog, he previews what he will be discussing at the event. Join the summit to see the full presentation.

Preview: Cylynt is partnering with Thales to offer software developers a best-in-class platform for recovering revenue from under compliance and piracy, as well as maximizing additional revenue opportunities. Cylynt CEO Ted Miracco and Thales VP of global solutions sales at Thales eSecurity comment on the advantages of this joint solution. 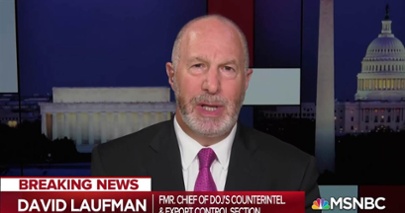 Cylynt Summit Speaker Highlight #3 David Laufman, partner at Wiggin and Dana law firm and former chief of the Counterintelligence and Export Control Section of the National Security Division at the Department of Justice (DOJ),  will be a keynote speaker at the upcoming Cylynt Software Piracy and License Compliance Summit and will discuss “Keeping Secrets:  Confronting the Threat of Economic Espion […]

By Ross Semplice, Regional Sales Manager, Cylynt Frequently heard terms such as “software piracy,” “cracked software,” and “counterfeit licenses” all sound very harsh and very illegal, which in fact, they are. Another form of software abuse that is talked about less often is something called “creative licensing,” which is just as illegal as counterfeit licenses.

The Trump administration announced new trade tariffs against China in March, claiming that the President is “standing up for American innovation.” Details from a U.S. Trade Representative investigation cited in the official announcement support what many of us in industries that are being pirated have been talking about for years and parallel piracy figures from a report released last year by the […]

WannaCry Ransomware is More Than Just a Wake-Up Call

Posted By Elisabeth Glover on May 17, 2017 Blog, Software Piracy

The WannaCry ransomware attack has now infected more than 230,000 computers in over 150 countries (see wikipedia.org/wiki/WannaCry_ransomware_attack for details). And this could be just the tip of the iceberg.

How Cylynt Is Different From Other License Management Solutions

by Ted Miracco, Cylynt CEO Software piracy, counterfeit licenses, and unauthorized usage are all growing problems for software developers. Many companies have decided to move forward with a license compliance (LC) program or some type of anti-piracy technology rather than just ignoring the problem and wishing it would go away.